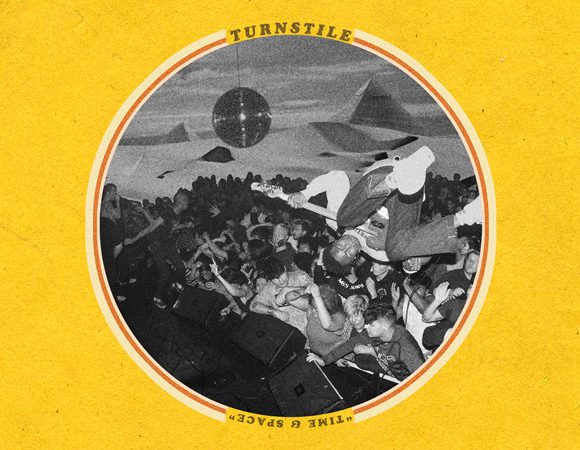 Turnstile is a band that appeared on my music radar quite late. They were created in 2010 in Baltimore, and their first two albums – in 2011 and 2013. Two 7-inch EPs, Pressure to Succeed and Step 2 Rythm – caused quite a stir on the hardcore punk scene. They are characterized by simple, powerful riffs that cut into the brain. You can hear the atmosphere of the 90s and a nod to the golden rule: “the simpler the better”. When you listen to them it feels a bit like when you first heard Rage Against the Machine.

Their debut Non Stop Feeling threw them into the limelight. Kids around the world listened to it. This is a continuation of the previous style; riffs are even more obtrusive, but the bass pulsation is more and more funky.
A track called Blue By You could easily be a radio hit, which I don’t wish any band on the scene …

Their latest album Time and Space put them in the position of hardcore game changers. Only once every few years such a rarity appears. With this record, they broke the pattern and crumbled the concrete of the scene that shaped them.
And that’s why you love them or hate them.
Mix of hardcore punk with funky groove, psychedelic parts, sometimes keyboards or electronics … In one word, airing the underground.

I saw them live three times. You know, the more concerts you see, the harder it is to relive the first one, when you were sweating out your soul together with your companions.
Despite this, their concerts were always a kick in the face.

What’s noteworthy, there is no testosterone and ego coming from the scene. Vocalist Brendan Yates goes away from the Hardcore macho stereotype. At their concerts it doesn’t matter if we are weak, strong, big, small, beautiful, ugly, fashionable or not. Are we girls or boys or is our sex undefined. What counts is the wild primitive community, the desire to be together and contesting what normal society has to offer.

If you have a chance – be sure to see them live.

M.N. – M.N. – Our musical correspondent from London, social activist and part of the squatting movement. Plays music from vinyl records.