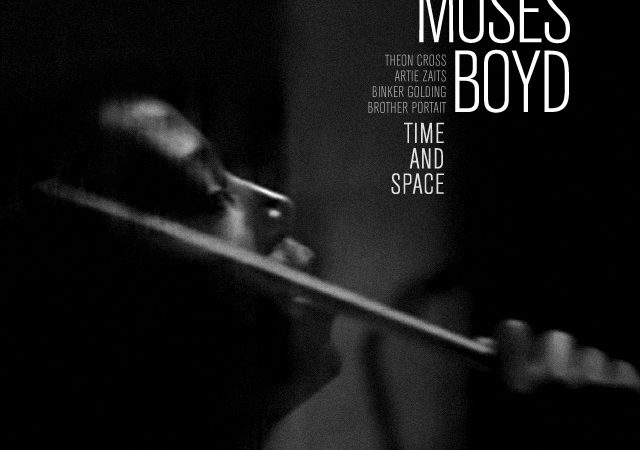 One of the young fathers of the new London jazz scene. He was raised in South London with its musical and cultural mess. He started play drums at the age of thirteen. In college, he got into the Tomorrow Warriors jazz education program. There he met many musicians who created the core of the new scene in the future. They were polishing their skills during long hours of jamming. All of them were sharing a love of jazz classics and the grime rhythms of the street that brought them up. From Miles Davis to Dizzee Rascal.

His first album released was the Dem Ones 2015 Binker and Moses  in a duet with Binker Golding (tenor saxophone).

It’s jazz played with a punk nerve. Moses shoots the listener’s ears at the speed of a machine gun. Binker, on the other hand, flows with sound between the whistle of drum’s bullets. In a word, an explosion.

His next move was to set up the Exodus Records label. Its debut was the project Moses Boyd Exodus, which released the 12-inch single Rye Lane Shuffle from 2016. Here our drummer is accompanied by a larger handful of musicians. It is the fresh pulsing rhythm of South London.

Just before releasing the double album with Binker, Moses released the EP Absolute Zero. Here he makes himself known as an electronics producer playing live drums. You can hear the sharp inspiration by grime. Musically, it’s a flight into space.

To the new double album of the duo Binker and Moses Journey to the Mountain of Forever from 2017, our young warriors invited such future masters as Yussef Dayes, Sarathy Korwar and an old pal Evan Parker. It couldn’t go wrong. This great album is an ambitious journey towards spiritual jazz, the compositions are extensive and the message is socially engaged.

Fragments of this material were recorded in the cult place no longer existing – Total Refresh Center – album is entitled Alive in the East. It is a record of place, time, people and emotions.

In 2018, the time has come to continue the Moses Boyd Exodus project. This time the LP called Displaced Diaspora. Here we have compositions from several years. It is a story about life in a gigantic city that sucks out so much of us, but in return allows you to charge batteries, in this case, it exploded in awesome music.

Moses is a representative of a new wave of socially sensitive musicians who are looking for their identity, and their inspiration is tetris jazz, funk, punk, hip-hop, ethnojazz and grime.

As a side note: Moses is also a laureate of many prestigious awards, but who cares? New jazz is a new punk.