Catalina Aranguren’s work explores the relationship between perception and cognition. The artist doesn’t set out to look for subjects. The texture, shape, or relation between subjects will instantly fascinate her, and she will in turn try to document the moment. Her work focuses on the irrelevant and mundane, elevating documentation created by using light and perspective. During this time of confinement, the process of subjecting everyday objects to be infused with a narrative detailing is incredibly limited as our world is now defined almost exclusively by what is on the inside of our front door. As a reaction, the moments present themselves more as an alteration of vision and less as discoveries of new themes. Catalina Aranguren
I was born in Bogotá, Colombia. At the age of 5, my parents moved and I was raised in Caracas, Venezuela. I studied K – 12th at the International School there. Growing up, my friends were from everywhere in the world; religion, race, culture, and language were not things I was aware of as differences… it wasn’t who they were innately, it was merely a part of where they came from.
My childhood was a constant wavering between languages, cultures, and third and first worlds, on a daily basis. At home, we would sit around the dining table and I would speak Spanish with my parents, turn, and speak in English to my sister.
I moved to Chicago to study photography at the School of the Art Institute of Chicago and received my BFA. Before I graduated, I did a semester in Europe at the Spéos Photographic Institute in Paris, France.
My husband and I are currently raising three bilingual, bicultural, biracial and bustling boys in New Jersey.
photography: @caranguren
home design: @our_casona (private, just request)
JCPC fundraising series: @plates4parks
JC Pride Alliance: @jcpridealliance
West Side Stories Festival: @westsidestoriesjc
Titus: @titus_great 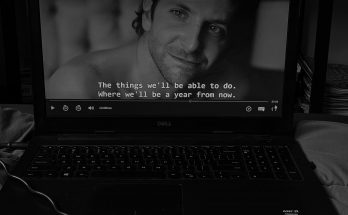