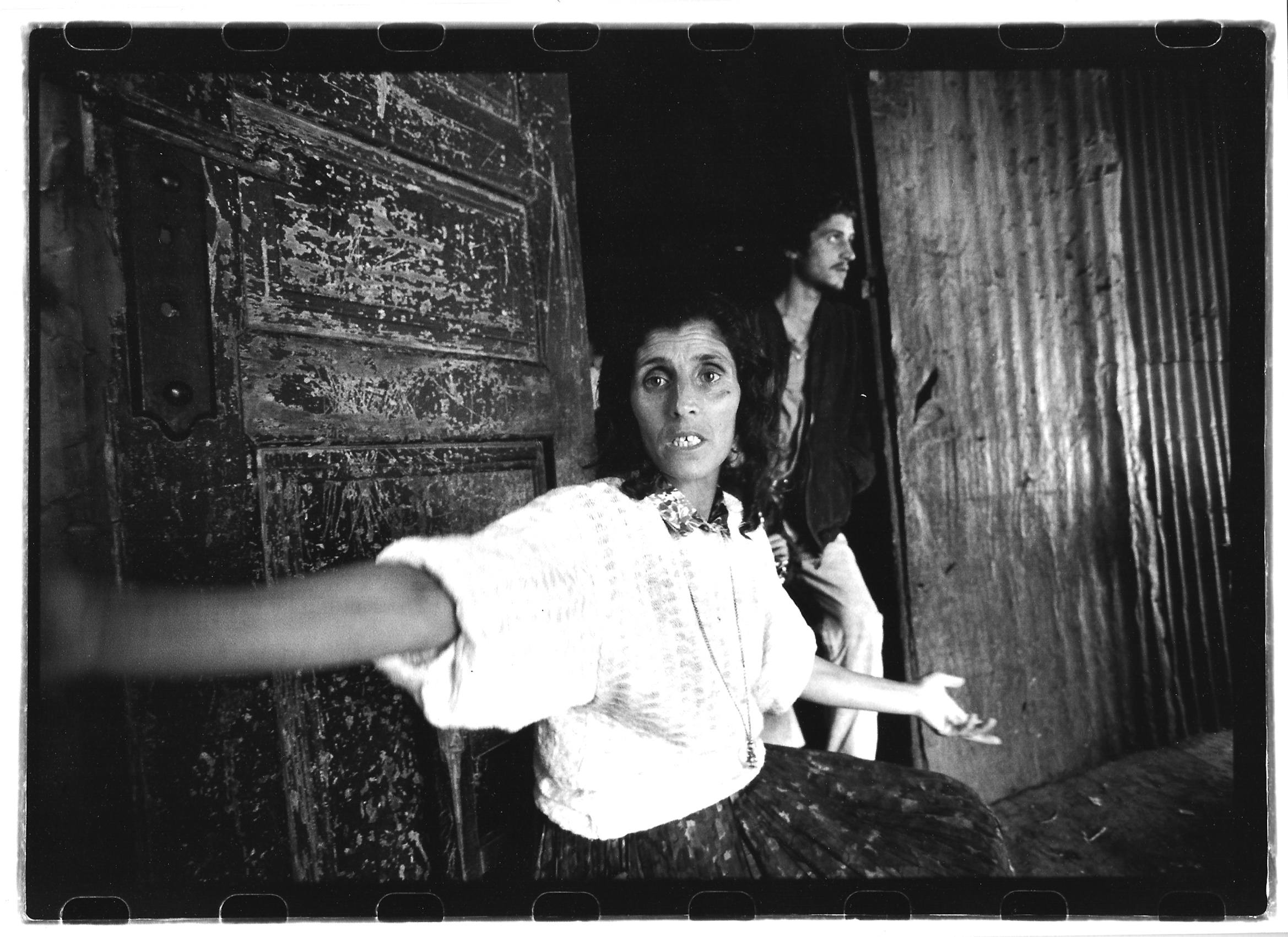 I made a work about the gypsies of Francelos (Portugal) who were being prosecuted as members of the drug trade in the area in 1993. I had never been in a gypsies village before and I didn’t know anyone from there, but after asking for permission, the residents welcomed me.

The atmosphere there were really tense. I was lucky to catch the good moments, because this place have been observed by G.N.R (Guarda Nacional Republicana) and inhabitants were persecuted, threatened by civil militias formed from neighboring group of people.

After some time which I have spent there, I realized I have photographed many children. Unconsciously, I took the photos which are like child’s perspective of the reality in this camp: poverty, suffering, but also calmness, innocence, beauty. Celestino Monteiro was born in Porto city (Portugal) in the year 1966, son of a poet (his father) and of a sculptoress (his mother). The sources of inspiration for Celestino’s Art-work are three-fold: his world of dreams; his “pain of staying aware”; and his “belief in believing” that a more perfect and beautiful world exists. And it is through his belief in the effectiveness of Art that Celestino reaches his courage to keep going forward. Celestino’s artistic beginnings procured in Painting it’s means of materialization and, in this phase, Celestino’s fascination for “the oniric world” did lead him, in technical and patently visual (and stylistic) terms, into Surrealism.

Following that initial phase, Celestino’s disenchantement (and pessimism) regarding human nature in general and factual terms, did lead him towards getting rid of the “oniric” and did take him into a more Expressionist and particularly original and personal style. He graduated at “Escola Superior Artística do Porto” (“E.S.A.P.”), and avows to be influenced by Kodelka and by Joel-Peter Witkin.  Celestino got fascinated by Photography, and felt he would find in it an effective means to “complement Painting”. And he has also seen in Photography an effective means to express his need to “manipulate reality”. During this second phase of Celestino’s artistic carreer, pursuing Photography, he dedicated himself, at first, to the photography of Performing Art’s Settings, and to Reportage photography.

Later, however, Celestino’s desire of “giving expression to his ghosts”, did lead him to certain more aggressive, provocative and, at the same time, more beautiful expressionistic trends of photography, entering a new phase, in which the photography of “the Nude” and of “Still Life Compositions” were the areas he found the accomplishment of his motivations could be fulfilled.

During this third phase of Celestino’s artistic carreer, his mastering of the specific techniques of Photography Printing was crucial for the fulfillment of his purposes and for the accomplishment of the intended results of his Art-works. Using a number of varied techniques that tamper with (modifying, even mutating) his photographic material, changing the normal linear processes of photographic printing, screwing their chemically stable forms, and “causing surprisingly unreal and even destructive results”, although, at the same time, reaching results which are much closer to “my subjective visual reality”.

After all those four phases, Photography has lead Celestino into a new interest – the moving images – motivating him to enter the area of experimental cinema. Celestino opted to plunge into a certain form of “Indie Cinema”, through which he has found to be able to express himself freely. Mainly because he found himself free of any external pressure or conditioning, particularly because he placed himself out of reach of any external financing bids and offers. Celestino accomplished his Cinema Art-works only through his own personal financing, and only out of his sheer love for Art.

“I have always used the 16 mm format to record my films, without any audio and only in black and white, thus producing a certain perceptible impression of old and worn-out atmospheres, although creating, at the same time, results of a somehow inovative and unreal kind”

During a few of most recent years, the creation of Sculpture Art-work has emerged in Celestino’s creative life, something which he feels had previously laid silently underneath, as a latency in his motivations.

For his Sculpture Art-work, Celestino lays hand of a number of diverse types of materials, some of them highly unconventional and of the organic kind, such as pieces of bodily remains of dead animals. All of those materials are described by Celestino as:

“everything which has no utilitarian nor existential value has always fascinated me; that is why I try to take advantage, in my search for materials, of those lost and forgotten bits and pieces”.

Celestino also uses other more common materials, like written and / or drawn pieces of paper, and lost photographs with images of human memories. In this artist’s own words:

“I try to create a visual world where those objects obtain a new kind of reading and a new kind of meaning. In the final products of my Sculpture work I seek that each one achieves to be an object in it’s global totality, more perfect and harmonious than it’s component parts”.

Celestino’s work, regardless of the techniques applied, strives to convey very intense sensations, being these connected either to anger, to pain, to anxiety, or to fear, and lets easily flow whatever lies on the most obscure sides of our being. His work, in spite of not intending to portrait any aesthetical beauty, always tends to reach us with meanings which have strong mystical and philosophical connotations; this being either because of the materials used, or because of the techniques applied; anyway, all the meanings conveyed tend to induce us into ideas related to the “life-cycle” and to it’s ephemeral qualities.