Mahler’s Sixth Symphony was one of the first symphonies I listened to, wanting to discover what it is like to listen to symphonic music – all because of Charles Bukowski’s notes (“I was a student of Dostoyevsky and listened to Mahler in the dark”). Mahler’s Sixth begins with a storm, then it climbs, swells – but it’s something familiar, it is not some unfathomable music for people in tailcoats.

The tickets for the concert sold out before I noticed it, and the first thing I did was write to the NOSPR (Polish National Radio Symphony Orchestra) that I would pay in advance for the two most expensive seats, so that I could only get any seats if someone resigned. They wrote me back that they do not practice such prepayments. I have been checking the NOSPR’s website until finally two seats returned to the pot. And these two were perfect, placed on the mezzanine, with a great view of the orchestra.

When you sit in the audience, a moment before you hear the Sixth for the first time, it’s as if you’re about to meet someone who is rightfully your friend, because you’ve listened to his voice so many times already, but he obviously has no idea that you exist, but he’s about to appear right next to you…
And then they closed the NOSPR to the public. And I wondered what would happen to musicians from an orchestra like the NOSPR. So I asked PROwincja: if I interview one of the musicians, will they publish it? Then I wrote to Maestro Domingo Hindoyan’s agents. I explained that I have an idea for an interview in editable form, through google documents. Maestro agreed to answer these few questions. You can read the outcome below. Enjoy.

Daniel Orzadowski: Thank you for finding the time to answer these few questions. We thought that since we couldn’t see you in the concert hall, we needed to find a way to stay connected. What metaphor would you use to convey what it is like to conduct the Polish National Radio Symphony Orchestra?

Domingo Hindoyan: It is a very strong energy communion, for some reason, since the first time it has always been a great chemistry between us.

As a conductor, I saw you for the first time during the performance of Mahler’s Symphony No.6. How is the decision to choose the repertoire made? How did you choose Mahler’s Sixth Symphony?

The process of choosing repertoire is complex and depends on what the conductor wants to conduct, what is happening during the season in the orchestra, and which musical line we want to build in a long term relationship.

What was the foundation on which your performance of this music was based? What did you practice the most during rehearsals?

It was a great week with NOSPR, from the beginning we tried to work on the appropriate sound that could express all the content and richness of the symphony. Rehearsals are the place where we prepare our technique to be ready to express our soul, the deeper the piece of music, the more challenging are the rehearsals. The technical aspect of playing is closely linked to the music content, in that sense I always try to communicate to the musicians the final goal, so that we achieve the right sound; tragedy, darkness and love are all around this strong autobiographical symphony.

The loudness and rhythm of the Allegro is something that can captivate many whose listening skills have been shaped by today’s entertainment-oriented way of listening to music – myself included.
Have you thought of it as a threat: that the initial energy of the easy-to-absorb rhythm will not prepare your listeners to slow down in the next part of the symphony? And that when the Hammerschlag falls, the audience will be awakened, yes – but it is also possible that it will be blown up, high in the air, far from the level at which they tried to absorb this strange, archaic slow part? I thought about it after leaving the concert hall – did you think about it this way?

Every bar of the symphony is written with a message and a content, it depends on the listener how to digest it, the fatalistic rhythm of the Allegro, contrasted with the “Alma” theme, or the hammer that, by the way, in this symphony is a very strong symbol – it is the destiny call. That’s why he has erased the third hammer that some conductors have added later. When I study and prepare a piece of music I don’t think at first of the relationship between the piece of music and the audience, during my work and during rehearsals we only pursue the goal of giving the best interpretation of it, but later it comes to the role of the audience and the interaction with the music. An audience involved in the music drama gives a lot to the performance and is felt very much on stage, the reactions to the emotion and soul of the music provoke also a reaction in us on stage. That’s why it is so important to understand the composer and his emotions so that we can prepare it and take the audience and ourselves on a unique journey that is only possible during live performances.

Bernstein said: “We are now ready to understand Mahler after the catastrophes of the 20th century”. Do you even want to find such connotations in this particular symphony?

Bernstein was definitely right, nevertheless I was born myself in the ’80s and I grew up playing Mahler, he was already a popular composer. For me it was less shocking since I have always heard his music since my childhood. But when I approach his symphonies today, as a conductor, I really spend a lot of time understanding and reading about the context of his life in order to fill his music with the right content and intentions.

I am sure you know what the great conductor Arturo Toscanini said about Beethoven’s Third Symphony? He said: “To some it is Napoleon, to some it is a philosophical struggle, to me it is Allegro con Brio”.
The way I try to approach this symphony is “con Brio”, it means taking care of the structure and tempo proportion mixed with light articulations, so that we find the deepness of the line, and musical content expressed with clear and sparkling sound.

Which music piece would you like to play in front of the NOSPR audience when we’re allowed to gather? Is something a special symbol for you to break out of isolation?

The NOSPR season 2020–2021 will be announced soon, I can’t anticipate what I will be conducting next time in Katowice, but more important than the choice of the music is the fact that I wish we can be together on stage in a complete full orchestra as soon as possible, this is the most important message.

How do you perceive Katowice in terms of celebrating successes, such as successful performance of a concert? Is this a city that invites you to celebrate?

I have a feeling that NOSPR and the wonderful building is the cultural center and pride of Katowice, performances are always full, and the audience has a lot of knowledge and sensitivity, it obviously comes with the well known musical tradition of Poland. To perform in Katowice is an honor that I assume with responsibility.

I imagine that your professional activities, with so many trips required – were strictly scheduled. How do you find yourself in a reality where travel and meetings are suspended?
Did you fall out of habits or did you rather arm yourself smoothly with new ones?

It has been a shock to stop everything, I was actually in Katowice when all my activities were suspended until, at least, the new season. I try to see it as an opportunity to do many things I don’t have time to do normally, time is life and when we have time we also have a lot of life. Especially my kids are enjoying the lack of travel.

Have you found a way to stimulate yourself musically in the absence of direct rehearsals with musicians?

I am a violin player myself. I have practiced more violin than I have done in the last years, I spent time making music at home with my wife who is a singer, otherwise I nourish myself by studying and listening to music, reading books and increasing my repertoire.

Do you use remote connections with other musicians? Is it a way for a conductor to conduct a rehearsal? By the way – have you seen this:

I don’t believe that a conductor can use any remote connection to work and communicate, the art of conducting is more deep than giving some beats, we could eventually do it for fun or to send a message once or twice but I don’t believe this way of music making can last long.
I also believe that the concert hall and the opera houses are essential for the survival of our art, internet connection and the screen, even with the best sound engineers, cannot replace a live concert in a great concert hall as the one we have in Katowice.

Who do you like to talk to about music the most?

I am very lucky to live with a great musician like my wife with whom a spend a lot of time discussing music and sustaining each other, but outside my home, I am lucky to have great and passionate colleagues with whom I grew up and with whom I speak a lot about music, and I especially love to speak and listen to the great masters like Daniel Barenboim and Mr Lawrence Foster who has enormous knowledge of everything possible about the music repertoire.

What is your happiest memory from your time in El Sistema?

The passion of the youth and the ambition with which music is made. Among many memories, a Mahler’s First Symphony I played the violin of the Simon Bolivar Orchestra on tour in Chile in 1997 and, as a conductor, a Bruckner’s Eighth I have done in 2018.

What music do you listen to most often nowadays?

Apart from classical and opera I love Latin music boleros and ballads.

Thank you for answering our questions.

Domingo Hyndoyan – Born in Caracas, Venezuela. He began his music studies as a violinist and member of the renowned Venezuelan musical education program El Sistema and later went on to study conducting in Europe at the Haute École de Musique de Genève with Professor Laurent Gay.

Daniel Orzadowski – (born 1983 in Siemianowice Śląskie) – writer, debuted in the Ha!art corporation in 2014. He cooperates with Prowincja on the regular basis. 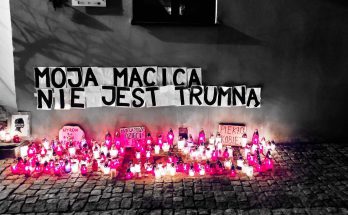 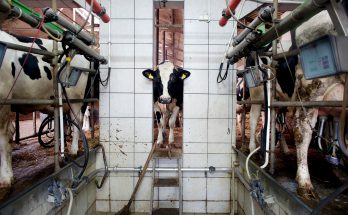 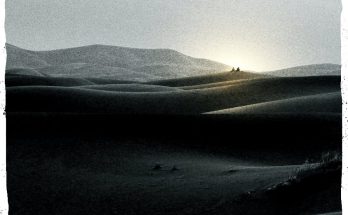