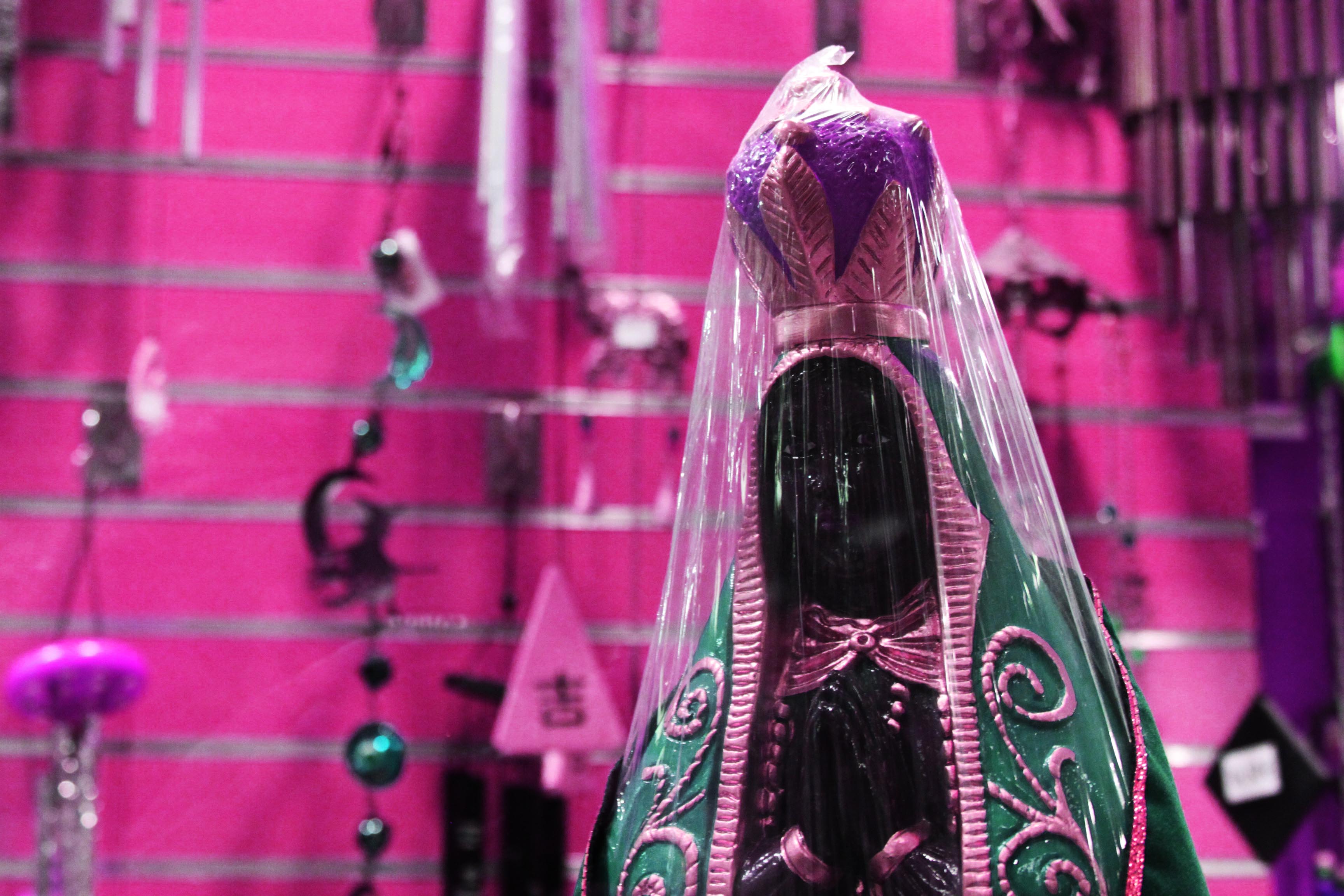 “When you’re sad and nothing works out, keep saying amen. Just like Saint Mary. Apparently, that’s what God wants. That’s certain,” she hummed, a bit concerned that these church songs appeared more and more often in the back of her mind. After all, she’s not that sad and some things actually do work out. And she’s certainly not like Mary. Well, maybe they are both into bright colors and artificial flowers. But when it comes to saying amen, she would rather curse the world using evil charms and tell it to go to hell than accept its cynical status quo. She tried to keep her inner smile and always lift the corners of her mouth a little as a disguise. That’s what the lady from the Body & Mind training program advised her to do.

Having this in mind, she squeezed another grey rag with which she had just wiped the floor, wearing elastic fuchsia gloves. “It’s not that bad, it’s not that bad. Others have it worse,” she repeated to herself every morning. Her black coffee was getting cold on a small tiled platform next to the urinals. She then sipped it slowly while having a break from wiping and disinfecting and stood there, inhaling chemical fumes produced by the cleaning products, the quality of which she tested by scraping off some kind of dried mucus.

Bathrooms, or more precisely public toilets, were her everyday kingdom. Four cabins, two urinals. So, the bathroom appliances that are grouped based on the type of genitals you have. There were also a few washbasins and a locker full of chemicals, from which it would be easy to make a short-range biological weapon. This place is visited rather reluctantly, forcibly even, when you are up against the wall, there is no other place to look for help and all the cafes have customer-only bathrooms. It’s the last resort of relieving yourself. There’s nothing much to write about, really. It’s a short story. You go in, do it and leave. Most of the time you also throw a coin into a wicker basket, a can or a piggy bank, since there is a lady who looks harshly at all of those who pass her. She experienced more than a few things in her toilet career. She witnessed many daring escapes and unsuccessful attempts to immediately vanish into thin air and also saw those who answered their call of nature just around the corner, between the office door and one of the locker’s walls, splashing yellow liquid on white walls and grey rubber flooring. No need to pay that one euro, problem solved. Easy-peasy. The thing is that it’s her who has to clean it with her rubber fuchsia gloves almost pulled all the way up to the armpits. She will become a specialist in removing urine from public spaces that are not toilets, even though this is not a part of her contract. The same contract, however, includes the basket’s contents…

Sometimes she thinks that the bathroom is, after all, an intimate space that is merciless to everyone when it comes to pure physiology. She experiences this public toilets’ Danse Macabre every day. It doesn’t matter who you are and what you do in life. It doesn’t matter whether you wear leather boots or white sneakers. Here, the only things that count are the length of the queue and your goal: doing a “number one” or “number two.” Everyone sits on the same toilet bowl and then uses the same almond liquid soap to wash their hands. There is no business class and only she and her chemical weapons are there to ensure the correct hygiene standards. Sometimes she leans against the wall and takes a peek at people adjusting their outfits who look at their tired faces, carefully controlling their reflection in a square mirror. Toilet portraits in the shade of the krankenhaus grün colour – all of them are exactly the same.

Every now and then she uses an acetone-soaked gauze to wipe the works of self-taught poets and anonymous artists: inscribed phone numbers, marked memories of their first times and comments about the unbearable reality. All of this in a toilet cubicle – the space of inspiration. Marking their territory on an advanced level so that the walls could remember and others would see. And they do. Quite a few actually find themselves on that toilet seat and look at the wall, searching for anything interesting. Physiology and education – together for the future. That is why the inscriptions are placed strategically. Some care about visibility, some want to surprise others but there are also those who don’t give a rat’s ass. They use anything they have. The ones who are better prepared use sprays and paint, the avant-gardists make use of blood and feces and some materialize their inspirations with a pen. Nothing can surprise her after what she has seen.

“Look, they even put glitter on it!” “On what? The poop or the blood?” “The wall!” She realizes that the limits of her imagination go far beyond what the reality has to offer.

At times, when cleaning, she comes across a small green packet that is carefully tied up and hidden behind a flush. She knows the boys who put it there. She knows their faces and their hidden stashes. She also knows that they share the product behind closed doors, flushing the toilet to cover their tracks. She could rat on them. She could even make money out of it, turning the findings into a business. But she won’t do that. They trust her and she knows it. You can hear them say “good morning” to her every day. Holy Queen, the Mother of weed farms. Whatever happens in the toilet stays in the toilet – that is her rule. Deliver us always.

She is often tempted by taking sweet revenge, especially on those who walk on a freshly washed floor that is still wet. Even though a mop is placed across the doorway, which should be a clear sign to not go any further, there will be a man who will brush past it in his polished leather shoes, leaving those footprints behind. Let the eternal scrubbing go on, woman. Then wait for him to come back so that he could – once again – satisfy his call of nature, regardless of the fact that you have just cleaned the floor. Then someone else will come. A boy wearing a red baseball cap and a bit too short ankle length trousers. He will ask you to temporarily leave your workplace so that he could relieve himself. This is a priority issue, no doubt. “Of course, sir. Naturally. I will gladly leave, since the honourable gentleman is asking me to. I shall wait in front of the cabin, listening to the sounds made on the throne. After that, I will happily wipe all the brown blobs which did not make it to the finish line with the main package.” Unfortunately, she can’t say any of these things. She usually gives them a black look and sends these wrongdoers to the neighbouring toilet, assuring them that they can do just fine in the ladies’ bathroom.

She is always surprised by the fear of the stick figure female near public toilets, as if some monsters were hiding behind these doors, waiting to devour someone’s masculinity. Things are different when it comes to the opposite sex. Women find it much easier to pee on the other side. Behold the homo sapiens and his herding behaviour motivated by the attachment to a simple sign.

She also comes up with new ideas and solutions. She is committed to quality and raising standards. In order to avoid yellow splashes of urine around the urinals, she wanted to stick pictures of little pandas with the caption: “One panda dies every time your pee touches the wall.” It did not work. The pandas’ faces got almost completely decomposed. They lost colour and shape due to exposure to a toxic stream of corrosive acids which had been systematically flowing onto the paper.

She also encounters toilet paper fetishists who cover themselves with it and then leave white paper shreds on the floor, which almost resembles a bed full of white roses. On top of this, she comes across those who steal toilet paper rolls which are protected with a chain. The chains, in turn, are mistakenly perceived as an element of a BSDM-like erotic fun (Toilet – a commonly known space of sexual entertainment with the addition of excitement resulting from being aware that it is, after all, a public place and somebody can hear or notice you. She usually hears and notices. And then cleans up. But let’s not digress…). More and more rolls disappear at the speed of light, probably supplying the houses whose inhabitants no longer have anything to wipe with in times of crisis. She knows this behaviour from experience because she has been doing this herself and, sometimes, she would even take some soap with her.

She frequently witnesses the works of hard-working artists leaving behind their paper constructions, hanging garlands and static sculptures. You can also come across still life pieces with the addition of an organic ingredient. There exists a radical branch of raw art, especially in the ladies’ bathroom, where the artists use menstrual blood as their primary means of expression. Another component of this art will humbly remove the creations as a part of a continuous performance called “emptying the bin.”

She knows that she is the lady of the manor, the commander of the toilet garrison and that she can observe all of this with reserve, like the professional employee she is.

No one will mistreat her when she is on duty because she knows her territory and she is aware of her abilities. This is her brooch, her kingdom, her floor. She kind of feels like a curator of contemporary art, being able to criticise it using radical measures. It’s her who decides what can survive and what will end up in the depths of the bin. She creates her vision of a tolerable reality. She adds stories to the odours and stains. She wouldn’t have put up with this even a second longer if it hadn’t been for the irrational explanations. She collects the coins from the basket and puts them aside for a better future. She buys a new pair of elastic fuchsia gloves once every two weeks and carries on. The sun shining on the freshly scoured tiles makes her proud.

Not a day goes by without someone kindly reminding her that she is “only here to clean,” ostentatiously throwing a candy bar wrapper right at her feet… 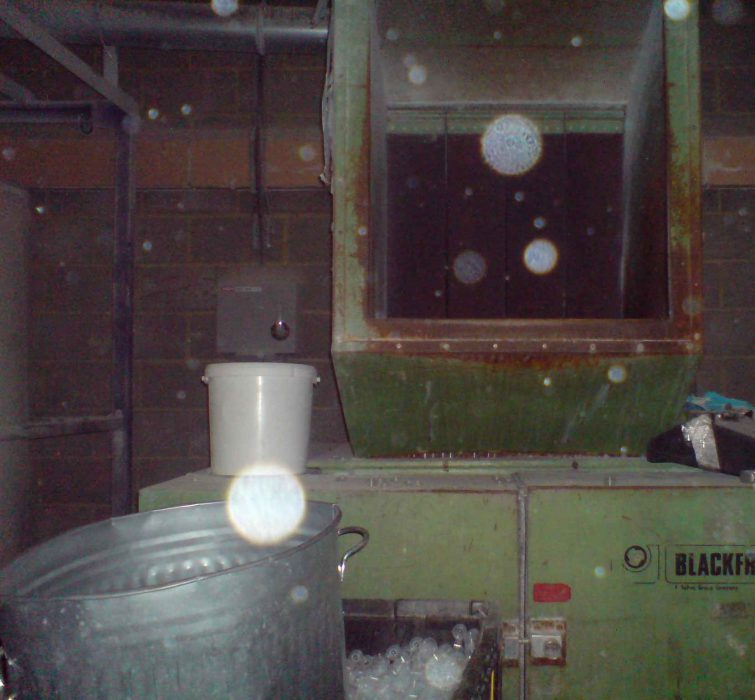 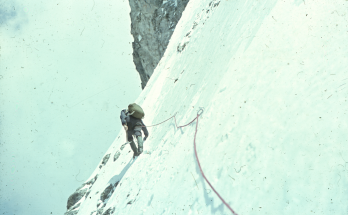 Citizens of the third planet are fleeing – Jagoda Cierniak