I like to think that my artworks are like a puzzle. Divided, each one has its own story but together they form a simple yet complex universe. My main subject of interest is related to the quotidian, the daily life, which may seem common but through painting they present a new vision of the present, evoking hidden aspects of reality and generating a different perspective of the human existence.

Composed in different techniques, sizes and manners, the paintings are also in a close relationship with the concept of experiment. As a theme, the protagonists of the works are often extracted from the concrete reality, the subjects themselves becoming the center of interest, revealing sometimes (visually), nothing more than their presence (thus  the viewer to produce their own associations).

As an ironic twist, the exposed situations are kind of a paradoxal because they involve a contradictory state, between the real and the unreal. The presence of the human figure, although shrouded in mystery, evokes a state of interlude or temporary suspension, which may point to the idea of introspection. The intriguing character of the subjects is given by the fact that they are introduced in a direct relationship with the unknown, questioning their identity, the actions that may seem to be involved in and finally, the perception of the final work from the viewer.

As a technique, I find myself playing with different materials, from the traditional painting with oils, to collages and graffiti spray paint. The different approaches regarding the style of the painting, the atmosphere or even the colors I use, are in a tight connection with  the unpredictable moment of the present, depending also on the state of mind I am drawn in. Andreea Zimbru was born and raised in Falticeni, a small city in the Moldavian region of Romania. After finishing an Art High School in Suceava, she moved to Cluj-Napoca, Transylvania, to complete her studies. She has graduated with a BA Degree and a Master Degree in painting from University of Art and Design from Cluj and currently is studying for a PhD in Visual Arts at the same institution. 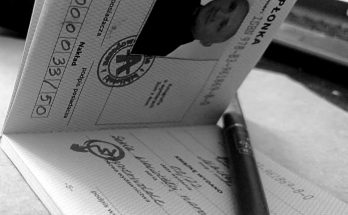 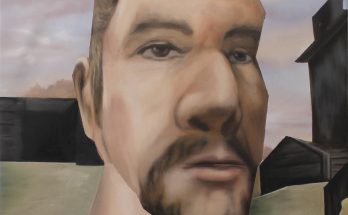 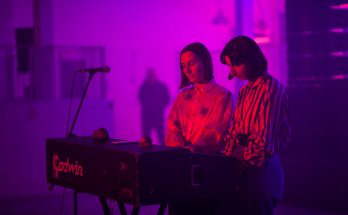